A couple of weeks ago a colleague shared with me the latest album by Radiohead.

I could have simply double clicked on a song to start iTunes, but that was too easy and iTunes seemed just too bloated. What I needed was a minimal audio player, even better: a terminal audio player.

From a quick search I found out about afplay, a Darwin command line utility to play audio files. afplay worked fine, but I wanted also to pause/resume, to skip songs, and to continue listening to the song after the current one without having to start a new command.

It was the perfect excuse to write some Haskell.

I started building a terminal interface on top of afplay. After less than a week of late night hacking, and thanks to brick, a library to write terminal applications, the first version of haskell-player was ready. 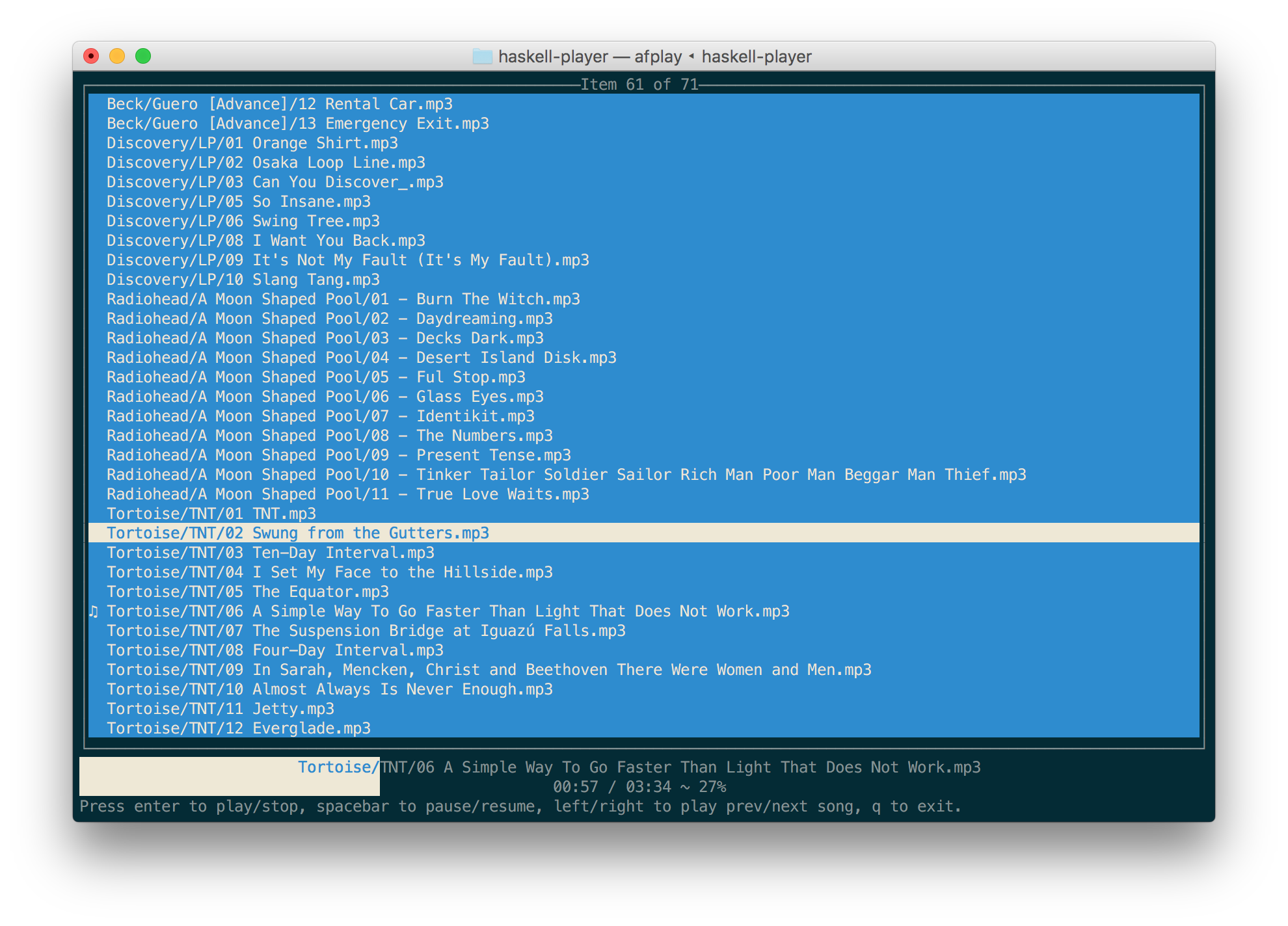 The current set of features is really minimal and the app works only on OS X, because it requires afplay and afinfo, but I’m still pretty happy of the result.

Next: Collect and show Airbrake errors metrics with Ruby