In this series of posts I describe the process I've followed, as an amateur game designer, for developing an adventure game written in Swift using the SpriteKit framework for iOS.

In the world of adventure games, one of the main innovations introduced by Maniac Mansion, was replacing the text parser with a cursor and clickable elements such as verbs, inventory items, and objects in the scene. This innovation revolutionized the user interaction and usability of adventure games.

A cursor doesn’t make almost any sense on touch screen devices (iOS), but it still does for tvOS and macOS, so let’s create one by using a SKShapeNode.

An SKShapeNode is a subclass of SKNode that can display shapes. You can initialize a new shape node with simple shapes like a rectangle or a circle, or you can assign a custom CGPath.

Cursor extends SKShapeNode. For now this class just overrides the default SKShapeNode constructor, but in the future I will implement a couple of more methods, for instance one for moving the shape as a result of touch events.

The custom shape is a path that draws a cross of size size (120 points in the GameScene implementation) with a small hole in the middle of size size / 2 * spacer (12 points). lineWidth is set to 5 points to resemble a pixelated design. See below for more details about the size and aspect ratio of the scene and its nodes.

Place a node in the scene

build is a static constructor that is used to create new GameScene instances. It is used in each target’s view controller like this:

The setUpScene method is invoked on didMove, that is executed when the scene is presented by a view.

This method is responsible for:

Note: a node is displayed only if it’s part of the nodes hierarchy of the scene that’s being presented.

Note: the origin, in this scene coordinates system, is located at the bottom left corner of the screen.

This is mainly a stylistic choice, but in either case it will have repercussions on the way we draw objects on the scene.

For instance rescaling pixelated textures must be done by choosing the nearest filteringMode in order to keep pixels crispy.

Another issue with pixel art is that it is easy to mix pixel sizes in a high res environment. For instance the cross path, as we’ve designed it, has a 5 points line width, but the hole inside the cross measures 12 points, that’s not a multiple of 5. A better approach would be to keep the scene size small and rescale its contents to fit the screen, but when I tried this approach, rescaled shapes’ edges didn’t look crispy, and I didn’t find a way to apply a different filtering mode to the whole scene. Maybe an easy fix would be to use textures for all game elements, but I don’t want to add this constraint right at the beginning of the development process.

For now I’d just like to say that personally I really like pixel art, but I’m still not sure if I’m going choose it for this game.

Two more reasons I can think in favor of choosing a pixelated design are:

These are all topics that I would like to discuss more in depth in a later post. For now let’s just say that I’m going to take a shortcut. I’m fixing the scene size to 1920x1080 points and set its scaleMode to aspectFit.

This setup will allow me use a static coordinates system. For instance a node positioned at (100, 100) will be visible at the bottom left corner of the scene on every device.

The selected scale mode tells SpriteKit to fit the scene into the device screen size. This means that screens that don’t have a 16:9 aspect ratio, will display black bands, either vertically or horizontally, depending on the screen size. 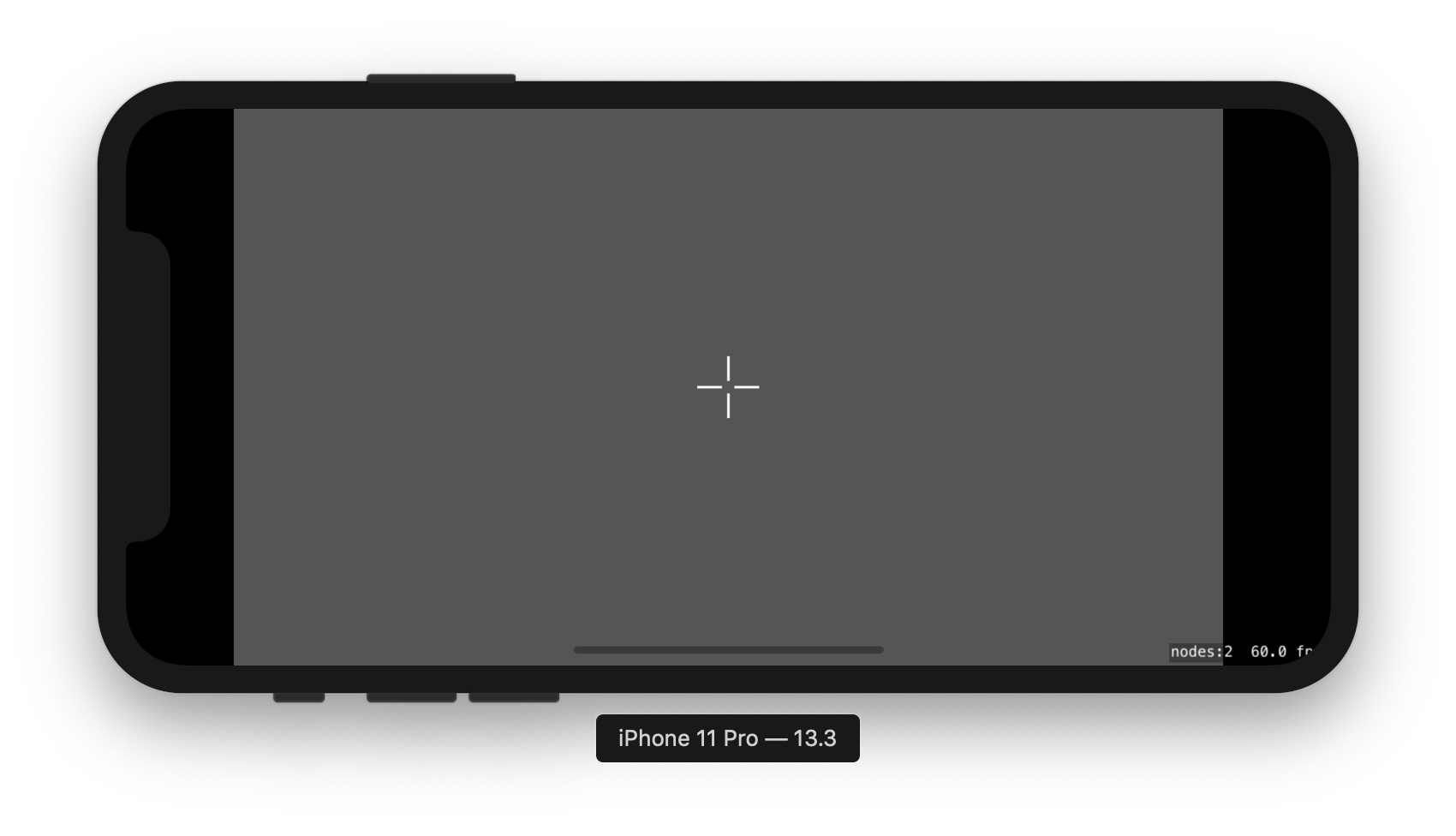 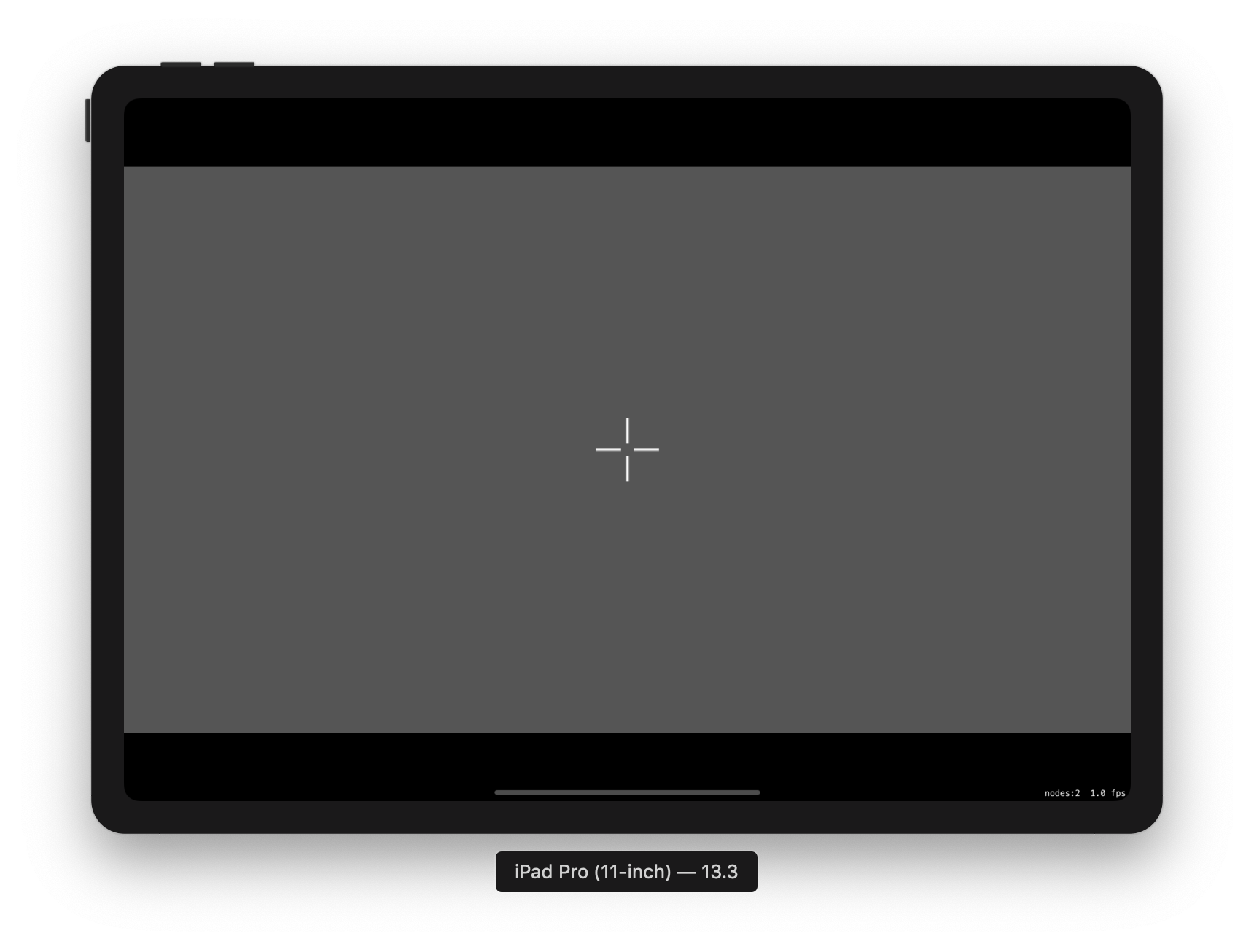 I would say that both of these issues are not blockers and I will just ignore them for now. I’ll figure out a way to manage rescaling issues later.

In the next post I’ll talk about touch events.